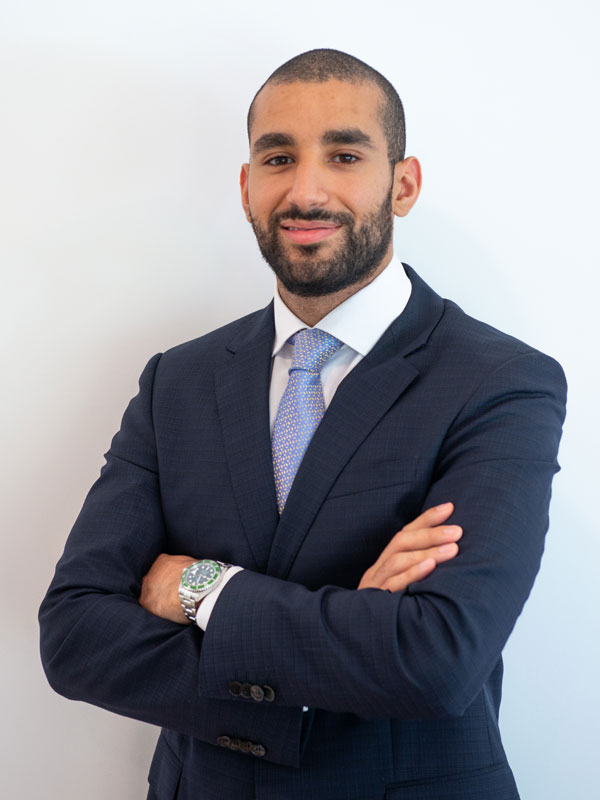 Jude A. Farah Esq. is an associate at the Law Offices of Gihan Thomas. Mr Farah is originally from Cyprus but of an Egyptian origin. Having lived in Cyprus, London, and Los Angeles, Mr. Farah is well versed in many different cultures. Additionally, he is trilingual, being fluent in Arabic, English, and Greek, as well as conversational in French and Spanish.

These qualities have allowed Mr Farah to flourish in many situations. They have positioned him well to approach problems from a different perspective, finding unique solutions for his clients by considering alternatives different to the norm.

Mr Farah undertook his Bachelor of Laws with Honours in the United Kingdom at the University of Warwick where he graduated with an Upper Second Class (equivalent to a GPA of 3.55). During law school, he participated in several extracurricular activities. He was actively involved in the United Nations Youth and Student Associations Cyprus as Vice President, seeking fundraising, assisting in the initial launch and legislation as well as liaising with high level officials of the U.S Embassy and other Cypriot stakeholders. He has also been an ambassador for Aspiring Solicitors (London, UK), a leading diversity organisation for lawyers, to name a few.

Before moving to the United States, he gained legal experience in different fields such as M&A, Finance & Capital Markets, Litigation and more importantly Immigration law at several law firms. His aspirations to pursue a career in the U.S led Mr Farah to undergo the New York Bar whereby he is currently admitted in good standing. With regards to U.S immigration law experience, Mr Farah has successfully represented both detained and non-detained clients. He has worked on several cases, including visa applications and petitions to litigation in Immigration Court. He has appeared regularly on behalf of clients at interviews before USCIS whether that be an affirmative asylum interview or an adjustment of status interview.